Posted on November 26, 2014 by gary.gillespie@northwestu.edu

Based on findings at archaeological sites, we know that Native Peoples lived around Puget Sound from 4,000 to 10,000 years ago.

“Orality” is the playing out of oral traditions among a people.

Society that practices Orality do not have writing.

Stories transmits social values to new generations, explain the past, provide entertainment and fulfill the needs of ceremonies such as coming of age, weddings, funerals and feasts.

Stories are memorized and closely checked. Stories are owned by families and inherited. 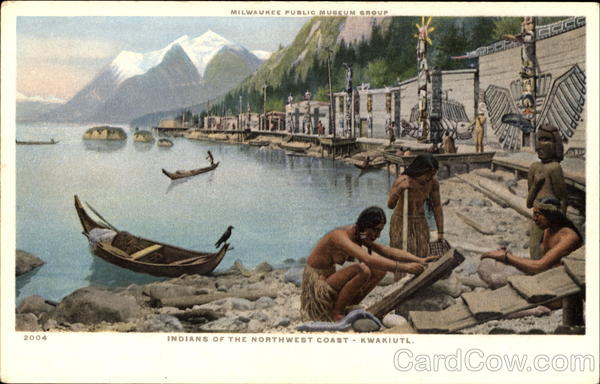 How to Analyze Native Myth? 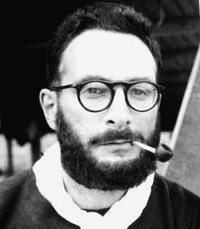 Binary Opposition — Two Juxtaposed contrasts put side by side.

Identification is achieved in groups when people share stories that
resolve intractiable conflict between opposites.

Meaning is achieved when opposites are mediated by language.

Synthesis is the new understanding that comes from the dramatic action of witnessing conflict resolved.

The yellow light of a stop light mediates or gives a transition between
red and green, stop and go. Stop sign.

When someone yells Stop! and another yells Go! at the same time we face an intractable conflict.

Wait is the mediation of the conflict between go and stop.

In the same way the movement of resolution in a story is the mediation of binary oppositions. How Raven Stole the Sun

Two major clans, the Eagle and the Raven. If you were an Eagle clan member you could only marry someone from the Raven clan.

Transition: Now that we know significance of native myths, lets look at types.

Traditional Northwest Native peoples believed in a pre history when there were no humans. It was a dark time and animals and supernatural beings ruled the world. One of these beings was known as the Transformer. He took the chaos of the pre historical world and transformed it into what we see today.

Images of the Haida Nation

Listen to the Story

Long ago before the people we know existed, two sisters lived in Tolt in the Snoqualmie valley. An older sister and a younger sister.  One day they decided to go to the river side to dig fern roots.

The girls were about the age for married and as the collected the tasty roots, they wondered what their future husbands would be like. Would they be handsome and strong? Would they hunters or wealthy tradesmen? From which tribe or clan would the future husband come?

The girls filled their baskets completely with fat roots. They didn’t have to work hard. Then they noticed that it was getting late in the day. Instead of hiking back to the village, they spread their mats to spend the night near the river.

It was a warm and clear summer night and they could see all of the stars shining above the hills.

The younger girl noticed two of the brightest stars and fell in love with one of the stars. Just before she fell asleep they younger girl wished that she could marry that red flickering star she loved and that her sister might marry his friend a yellow star.

That night a cloud come down and lifted the girls up to the Land of the Sky People.

The next morning when they awoke, the found that they were married to the two stars. The younger sister husband had one red eye and the older sister’s husband had one yellow eye. They lived in the Sky World for a long time. Every day the husbands would go hunting and the sisters would collect berries or dig roots. One day the older sister became pregnant. She gave birth to a baby with a wide, round and peaceful face. The mother called the baby Moon. About this time the sisters were feeling homesick for their old life on the earth below. The older sister longed to show baby Moon to her mother.

The sisters confided in each other how nice it would be to get back to the earth for a visit. Then while digging vigorously for deep roots they noticed some light coming up from the rick, black soil. It was the earth below showing through.

So the sisters devised a plan. They decided they could go home this way. One sister would dig while the other would watch baby moon and weave a cedar rope.

They opened a hole in the found large enough for their bodies and they tied one end of the rope to a tree and dropped the rope through the hole down to the earth. After fifteen days the rope reached the surface.

The sisters took the baby and climbed down the rope and landed on a hill near their village.

All of this time their family had missed them and had sent the Bird People to try and find the missing sisters. Everyone was happy that the two sisters had returned and were surprised to see baby Moon. The tribe hosted a celebration feast for the returned sisters. The children of the tribe used the sky rope for a swing. 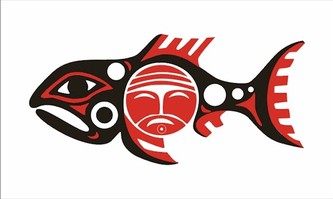 In the distractions of the happy celebrations tragedy occurred.

The mother of Moon had turned her attention away from the baby for a only few moments, when Chum Salmon swam up to the shore where the baby sat and took him away.

Chum Salmon knew that the baby was supernatural and he wanted to raise the child as his own to give his tribe special powers.

After many years of searching Blue Jay finally found the child, who had now grown up to be a man with children of his own.

Moon told Blue Jay that he would come home when his children had grown.

Moon was revealed as the Transformer. He had special powers that come from the sky world. He walked about and changed things to suite him.

When his children had grown up, Moon returned to his mother’s people in Tolt as he had promised. Along the way, he changed the world.

After a moment of indecision, he made the Salmon go both up and down the rivers. Just as the salmon do today.

He found the one crafty Chum Salmon who stole him as a child and turned that fish into a mountain on Snoqualmie Pass.

He turned various monsters who had troubled the people into moquettes and insects.

He came across a man plotting to kill him, and turned the man into Deer. Moon turned four arguing women into useful herbs. He turned five violent brothers into Fire.

Moon created Echo. He made sticks and stones stand still instead of attacking people like they once did in times long ago.

In one of his greatest acts, he turned a wooden poles and lines of sticks used to trap fish in the river (called a weir) into Snoqualmie Falls.

The mist of that waterfall is sacred to the people. The falls is now known as ladder to heaven.

Moon the Transformer did all this and more, and on returning home met for the first time his younger brother, Sun. Together, they decided how to light the world, and the people were satisfied with the changes the Star Child Moon had made. Chipmunk of the Sky World, however, was not pleased with all of the changes on the earth. He gnawed at the rope that the two sisters had hang until it fell, becoming a stone outcropping at the top of Mount Si. You can still see the broken remains of the Sky Rope today.